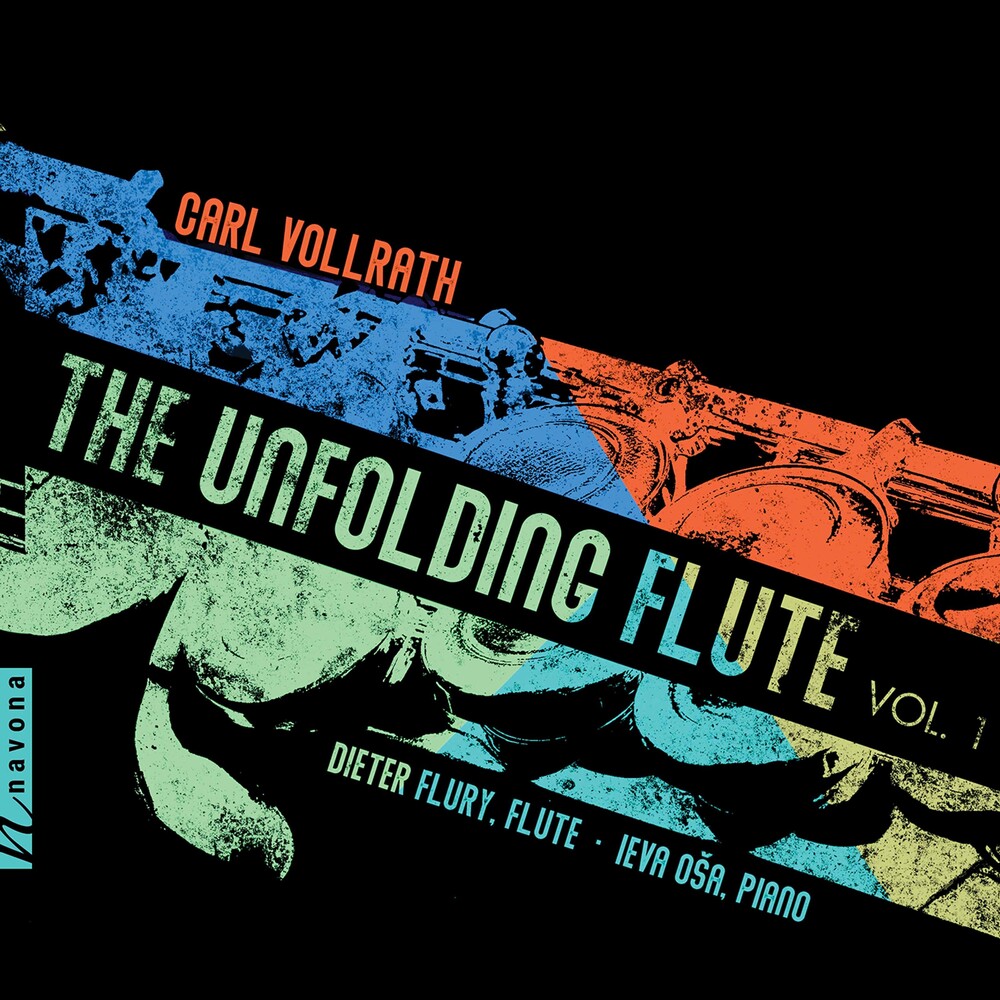 Composer Carl Vollrath returns to Navona Records with THE UNFOLDING FLUTE, a collection of contemporary chamber works showcasing his years of experience writing for flute. Vollrath unfolds his talents piece by piece through the performances of acclaimed flutist Dieter Flury and pianist Ieva Osa. THE UNFOLDING FLUTE covers a wide span of Vollrath's composing career. The album begins with a piece written during his time as a student in the mid-20th Century. This Concert Piece for flute and piano was written when Vollrath was delving into the relationship of thirds with guidance from his educator, Dr. John Boda. The piece ebbs and flows in energy, from soft to heightened and back again. The Glass of Absinthe, written later on in Vollrath's teaching career, was inspired by Edgar Degas's Impressionist painting of the same name. The melancholic opening reflects the colors and strokes that make up Degas's French cafe and pale female subject with her drink. The piece unfolds through moments of agile, almost frantically rapid successions of notes before descending back into quiet reflection. Sonata for Piano and Flute, written in three movements in fast-slow-fast order, was written to display the skills of it's performer, and Flury's dynamic performances are up to the task. THE UNFOLDING FLUTE concludes with Absolution, a fitting wrap to the album which the composer himself describes best: "Absolution is about our growing old and coming to the conclusion that all there is left is forgiveness." THE UNFOLDING FLUTE is a triumph spanning decades, truly reflecting how Vollrath's compositional abilities, though notable from the start, have developed over the years. Enjoy this timeline of a great contemporary composer in his element.