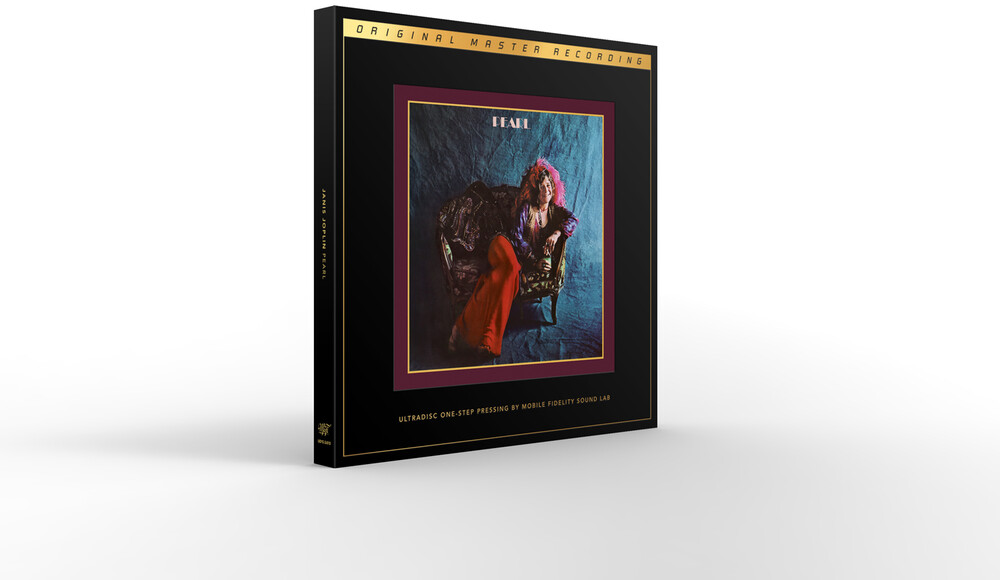 'Janis Joplin wouldn't be denied on Pearl. The powerhouse vocalist had kicked her addictions, teamed with a crack band, and partnered with a producer who knew how to best showcase her voice on record. She came to the sessions with an armload of astonishing songs, and a burst of creative energy that mirrored her rejuvenated emotional state and undeniable spirit. You can hear it on every note of the 1971 record. While Joplin's electrifying vocal prowess is universally lauded, her mix of compassion, confidence, and charm play as large a role. And on Pearl, she burrows into deeper stylistic veins, teasing out sides of her persona and craft she'd never previously displayed. Her signature desperation, sadness, and vulnerability remain, yet Joplin also reveals a sense of humor and beatnik innocence. Strictly limited to 7,500 numbered copies, pressed on MoFi SuperVinyl at RTI, and released in celebration of the album's 50th anniversary, Mobile Fidelity's UltraDisc One-Step 180g 45RPM 2LP box set takes Joplin and Co.'s stupendous performance to newly transcendent levels. Boasting a fidelity that further magnifies the singer's passion and Paul A. Rothchild's clear production, it benefits from increased spaciousness, dynamics, and openness-and a practically nonexistent noise floor. Joplin's strong, penetrating singing has never sounded so vibrant or made more intense connections. Warm, organic, and free of artificial ceilings, this collectible UD1S set let's you step into Sunset Sound Recorders with the musicians. Get it while you can.
This website uses cookies to personalize content and analyse traffic in order to offer you a better experience.
I accept Learn More
back to top