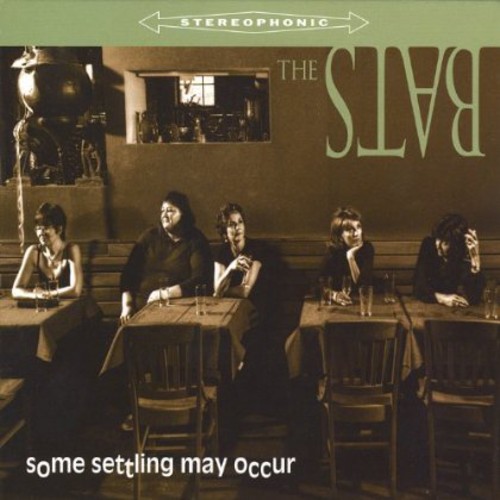 "Rock & Roll meets Cabaret & Comedy" comes close to describing the music made by the five feisty women and three very brave men of The Bats. Embracing musical styles, The Bats play songs that range from the comic to the sublime. They sing of love lost, weight gained, growing older, retail therapy and anything else life throws their way...and they do it with tight vocal harmonies and skillful musicianship. It is no wonder they are one of Central Kentucky's most popular acts. Vocalists, and supremely talented theatrical entertainers, Missy Johnston, Marilyn Robie, and Susan Thomas deliver the melodic-comedic punch while bassist Marianne Sherman, guitarist Melanie Johnson, keyboardist Harold Sherman, drummer Craig Cornwell, and stunt guitarist Jim Gleason hold down the fort while trying to get a word in edge-wise. Back in 1998, when Missy came up with the idea of getting some female musicians together to start a band, the original, minimal requirement for membership was that everyone had to be over 40. Then we scrapped the all-female thing and let the boys play. Now that we all routinely get offered the Senior Coffee at McBurger's, we admit to upping the age requirement, and we figure we'll stop this nonsense at 60. And we're definitely keeping the guys. In the meantime, and in an attempt to keep the public safe from any musical theater-type accidents, The Bats recently added a clause to their band charter requiring random urine testing. Despite all the new HIPAA laws, we are still able to publish the test results right here: 4 Bats were negative for illegal drugs, but showed high levels of Rolaids. 1 Bat was positive. This is the first time in her life she's been positive about anything. 1 Bat missed the specimen cup completely. 2 Bats were unable to produce any urine at the time of the request. Yes, we take great pride in embarrassing our children like this. But enough about us; how will our music affect YOU, the listener/consumer? Let's see: Song #1: "Aging Lament", by Marianne. This, our unofficial theme song, will make you feel better about that damn Senior Coffee! Song #2: "Cosmetic Surgery", again, by Marianne. Learn what to do about those pesky little chin hairs. Song #3: "Estate Sale", a cover of a Cheryl Wheeler song. I mean, who DOESN'T love shopping at dead people's houses? Get validated right here. Song #4: "Keep it to Yourself", a cover of an Amy Rigby song. Seriously, this light, fluffy, outer-coating of a song with the dark-chocolate center always leaves at least one audience member rolled over with laughter (and soiling his or her Depends). You simply do not want to miss an experience like that. Song #5: "Marching Band", by Harold Sherman. This one speaks to the band geek in all of us. Well, okay, maybe it's just some of us. (I couldn't be in the band at school because of my asthma.) Song #6: "Stuff", by Melanie Johnson and Jane Godfrey. If you have even ONE George Forman grill in your house, then you most likely need the therapy provided by listening to this one. And when you buy a song, how much more crap does that add to your house? None. Song#7: "Bald-Headed Men", a cover of a Christine Lavin song. This one's for the guys. You'll feel all warm and special. Song #8: "Dance to a Band", by Melanie Johnson. Okay, this is our cheap shot, one of Melanie's songs that we occasionally play to tug at heartstrings, and included in this collection because, well, because it was already recorded. Anyone who's ever been to a school dance will know what we're talking about. Song #9 : "Mrs. Richardson", by Melanie Johnson. This possibly un-politically-correct -but-totally-loving ditty was inspired by absolutely true events. Swear. Let's not laugh at grandma, but rather, let's BE grandma. No, wait, that's not right..... Song#10: "DoA", by Marianne Sherman. All 30 seconds of it. We use this as part of a live game show we do at gigs. You will like it because (a) the singers all sang around the same mike at the same time, just like in olden times and (b) you'll doubly appreciate the outtake in the secret, "hidden" track, "Guano". Song #11, "Guano" Here it is, the bonus track where the singers screw up and laugh about it. So, you've reached the end of the blog here. In an effort to check up on on some of my technology-challenged band mates who have been provided with the ID and password to access this site and to change this text if they want, I'll now write their names in list form. When each of you has read this whole thing as a signed-in member of The Bats, then put a comment after your name. Keep it clean..... Missy Marilyn--(6.20.08) (The caffeinated Bat--needed 3 cups of joe to tackle cyberspace, but am planting my flag on the surface of this crazy moon.) Susan -- What's everyone wearing for the gig? Marianne - I'd like to say that it has been my pleasure to play in a group with such talented musicians. I really would like to. I see you scribbling copious notes, it won't help you understand me. Jim Craig Harold--(6.23.08) As always, I am happy to share words of wisdom of the New Jersey cowboy philosopher, Brother Buck Markowitz: 1. Use your turn signals. 2. Spay & neuter your pets. 3. Always keep a diversified portfolio. Melanie (6.19.2008 I did it, I did it!) (Actually, I wrote it. If you all want it to be better than this, then you're gonna have to do something about it!)