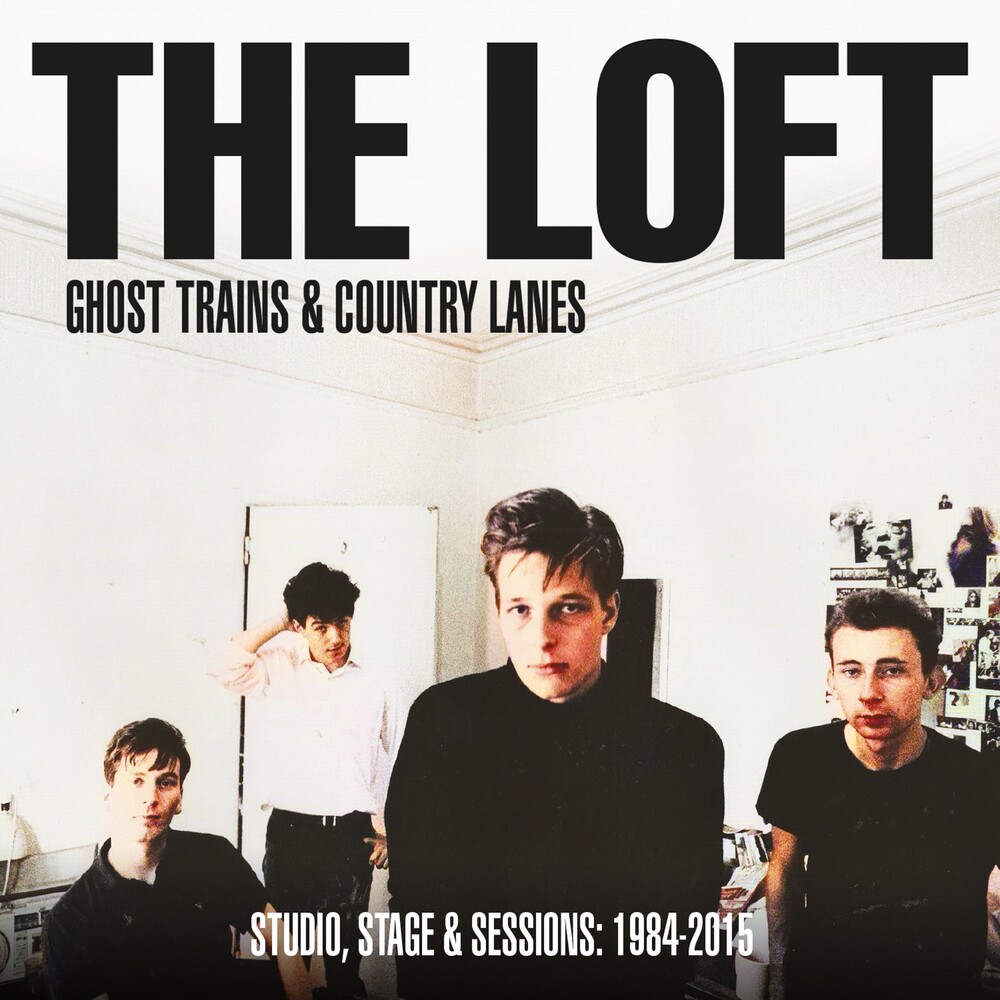 Among the first crop of Creation Records bands in the mid-1980s, THE LOFT seemed the most likely to break through. Following the success of The Smiths, guitar-based independent pop was in vogue, Alan McGee's Creation label was turning heads - it's bands blending 60s psychedelia, the melodic end of punk and a new sound which would soon be immortalised on NME's C86 cassette. And in this London quartet, Creation had their answer to bands like Television, The Only Ones or early Modern Lovers, offering taut, off-kilter songs with an irresistibly deadpan cool. Sadly, after just two singles, 1984's downbeat debut 'Why Does The Rain' and the punchier sequel, 'Up The Hill And Down The Slope' - an indie hit which the band performed live on TV show The Oxford Road Show, The Loft dissolved, with various members founding new bands The Weather Prophets, The Caretaker Race and The Wishing Stones. They left behind seven studio tracks, a BBC Radio 1 session for Janice Long and one track from a Creation LP documenting the scene's roots in small club The Living Room. However, The Loft's legend endured, eventually prompting a reunion in the early 2000s with all four original members - singer/songwriter/guitarist Pete Astor, guitarist Andy Strickland, bassist Bill Price and drummer Dave Morgan. Alongside various well-received live shows, that led to a new single, 'Model Village' (2006) and more recently a session for Gideon Coe on BBC 6 Music (2015). The Loft's reputation as founding fathers of a new breed of mid-80s indie pop continues to grow to this day, with the band often cited as an influence. Compiled and coordinated by the band, Ghost Trains & Country Lanes expands on previous retrospectives of The Loft, adding those reunion recordings (including three previously unissued tracks), the Gideon Coe session and several live recordings from that historic performance at The Living Room back in 1984. (including many exclusive songs which were never recorded in the studio). With new sleeve-notes by Danny Kelly, this is the definite tribute to The Loft. And with the release on 20 March of Creation Stories, the film adaptation of Alan McGee's autobiography, the timing couldn't be better.