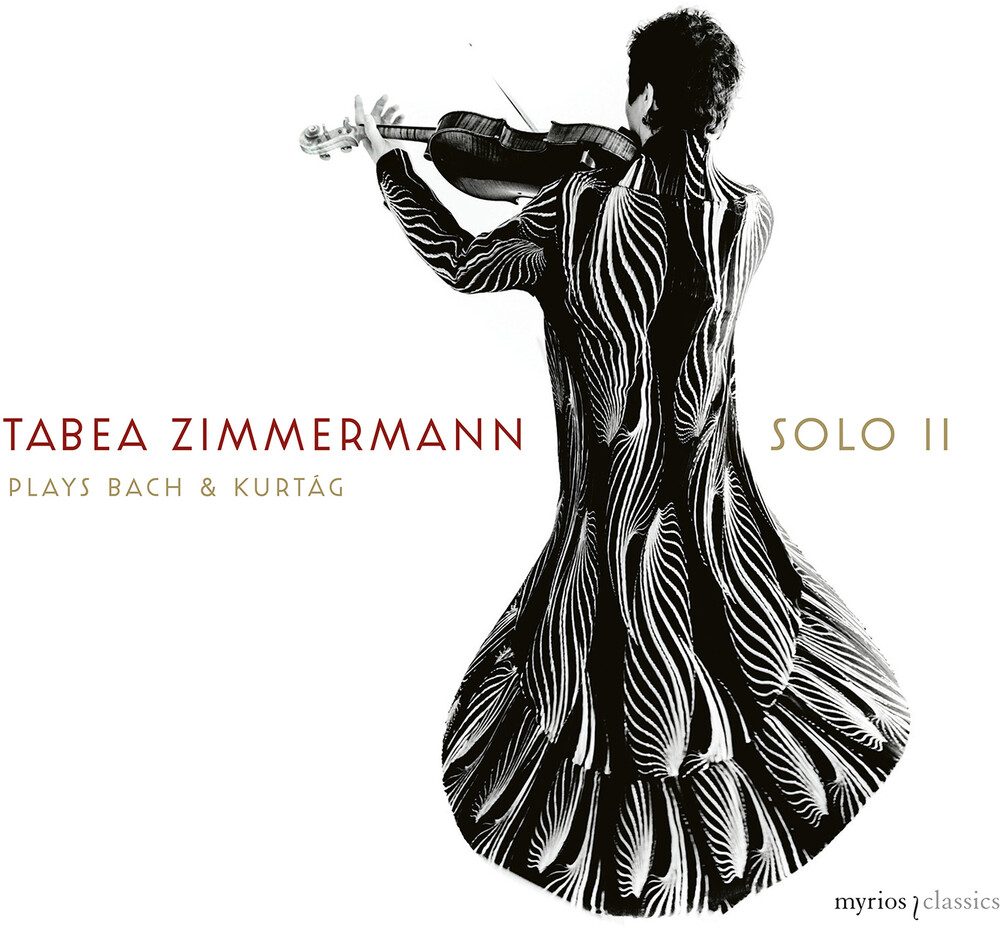 "We need Bach's music, regardless of the instrument" (Tabea Zimmermann) Ten years after her acclaimed album "Solo" with the first two cello suites of Johann Sebastian Bach, violist Tabea Zimmermann now sets her sights on Suites Nos. 3 and 4. She pairs them with excerpts from GyĂ¶rgy KurtĂˇg's cycle "Games, Signs & Messages", selecting six numbers to form her own personal homage to Bach. For what kind of instruments did Bach write his solo suites BWV 1007-1012? How did they sound, what did they look like? This subject still gives rise to much speculation. Johann Peter Kellner's manuscript copy from the early 1700s is one of the two main sources for the six solo suites, and it indicates a viola basso. The violoncello had not yet become standardized in terms of size, construction, and playing technique; Bach probably had instruments in mind such as the violoncello piccolo or the viola da spalla. The latter was a viola attached in front of the body by a strap: Bach performed the viola da spalla in public himself - possibly these suites. Tabea Zimmermann has not switched her musical hardware for this recording: here she plays her 1980 Vatelot viola with a classical bow. In 2009, the album "Solo" (MYR003) launched Tabea Zimmermann's collaboration with the myrios classics label. The release was crowned with a multitude of international awards: Gramophone Editor's Choice, "Stern des Monats" in Fono Forum, 4f in TĂ©lĂ©rama and 5 Stars in the Italian magazine Musica; moreover, in response to that groundbreaking recording, the jury of the coveted German ECHO Klassik Prize selected Tabea Zimmermann as "2010 Instrumentalist of the Year".