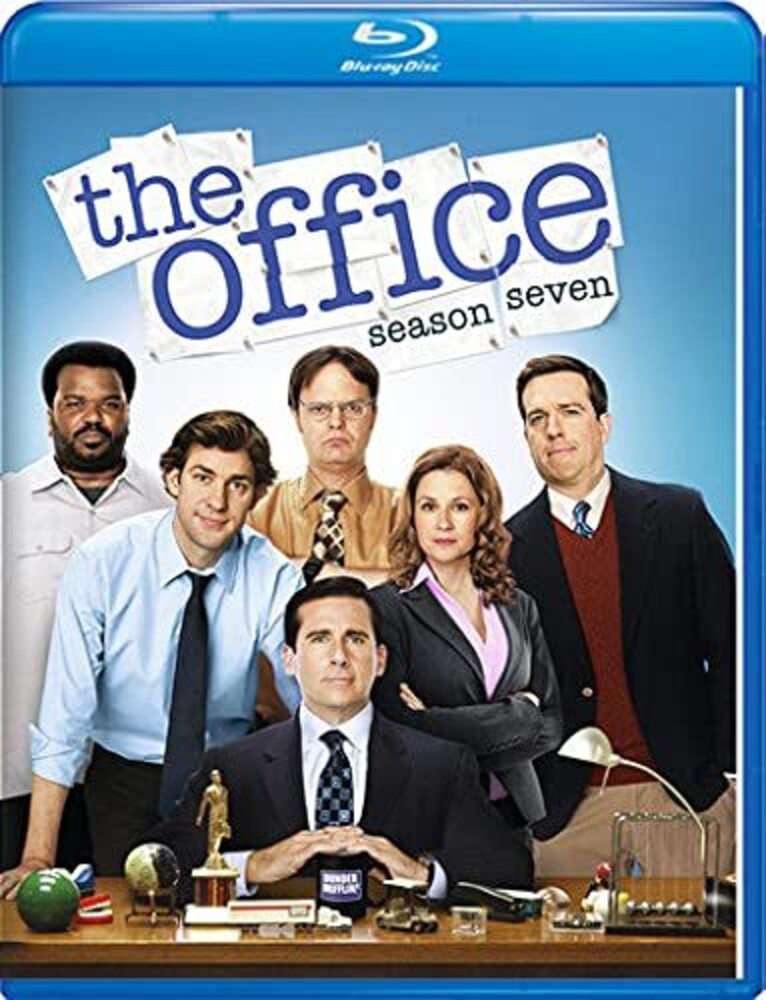 In the seventh season of the Primetime Emmy Award-winning series The Office, inappropriate behavior is business as usual, but big surprises are in store! Dwight (Rainn Wilson) is now the owner of the building and he may be letting this power go to his head; Andy (Ed Helms) is courting Erin (Ellie Kemper) who is dating Gabe (Zach Woods); Jim (John Krasinski) and Pam (Jenna Fischer) are struggling with being new parents; and a parade of ghosts of girlfriends past haunt Michael (Steve Carell), leading to his final days at Dunder Mifflin. Developed for American television by Primetime Emmy Award Winner Greg Daniels, The Office: Season Seven features 24 laugh-out-loud episodes plus hours of bonus features including extended episodes, deleted scenes, bloopers, webisodes and more.
back to top