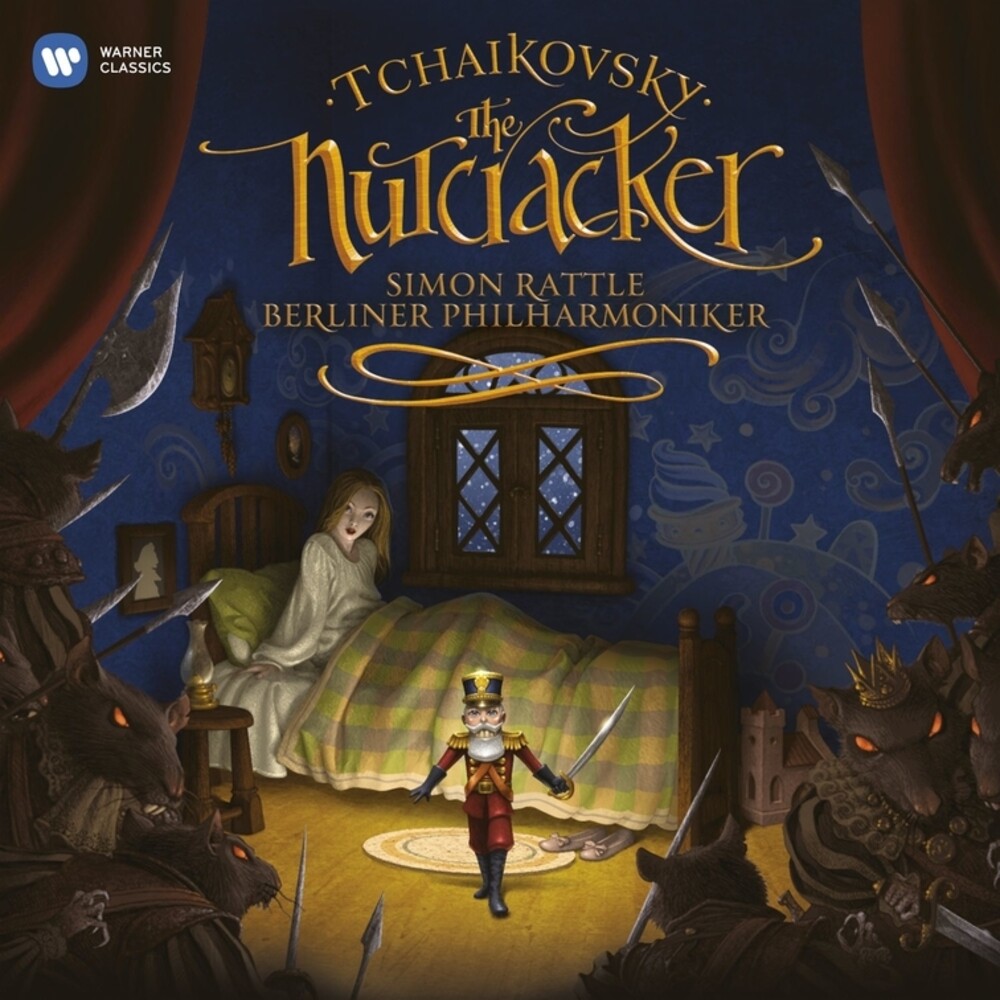 Double vinyl LP pressing. Tchaikovsky's most famous work, The Nutcracker, is presented in this stunning new recording by the world's greatest orchestra, the Berliner Philharmoniker, under the baton of their celebrated conductor Sir Simon Rattle. This musical fairytale follows Clara and her unusual prince and protector, The Nutcracker, through adventures and exotic delights in the magical Kingdom of Sweets. The Nutcracker is the most popular ballet, and it's annual holiday performances have become a treasured tradition the world over. This release features the live recording of Act II from December 2009's Silvesterkonzert, Germany's New Year's celebrations. Act I was recorded in the studio during the same period.